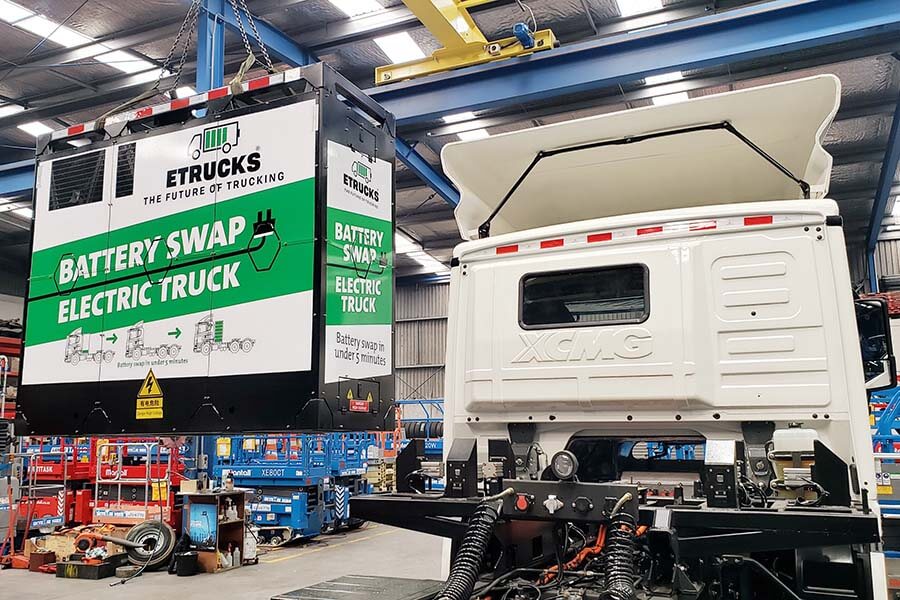 A battery swapping station for a Chinese-made heavy-duty electric truck is among the new low-emission commercial transport projects getting Government co-funding.

The latest round of funding from the Low Emission Vehicles Contestable Fund – announced by Energy and Resources Minister Dr Megan Woods last month – has a heavy emphasis on electric truck projects.

Etrucks, the New Zealand distributor for XCMG Chinese trucks, has a heavy-duty electric tractor demo unit in the country with a swap-battery system – giving it an extended range.

The batteries can be swapped in seven minutes or less – but need a gantry crane to carry out the changeover.

Etrucks has been gra... 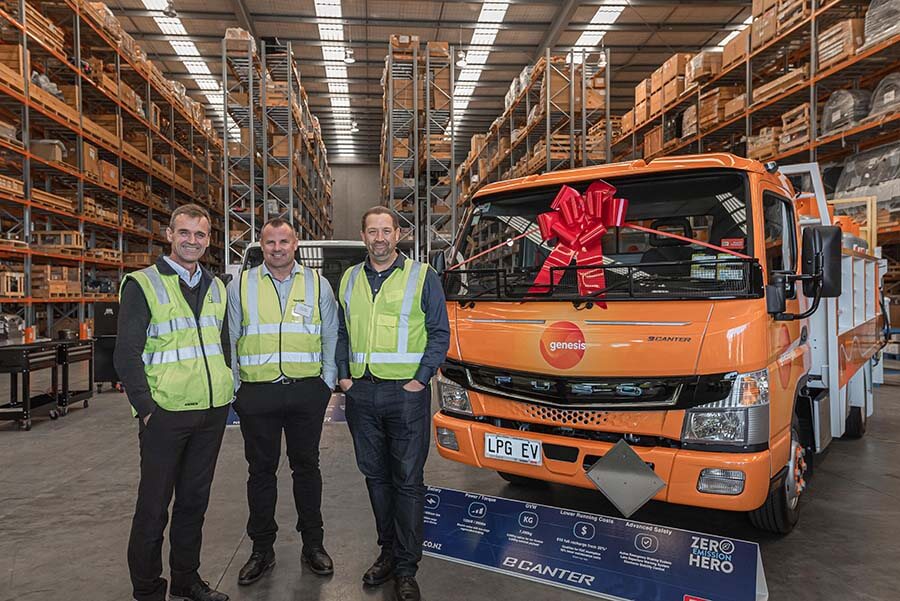 Putting one of the country’s first FUSO eCanters to work is a major step towards Genesis Energy increasing the proportion of electric or hybrid vehicles in its 110-strong truck fleet, the company says.

“Transport contributes approximately 21% of New Zealand’s gross domestic greenhouse gas emissions, but until now there have been very few options to reduce emissions from the heavy truck fleet,” says Cameron Jardine, Genesis GM of LPG and small and medium business.

“As this is one of the first series-produced fully electric trucks to hit NZ roads we have a lot to learn about how to incorporate electric vehicles into our truck fleet, and what other adjustments we will h... 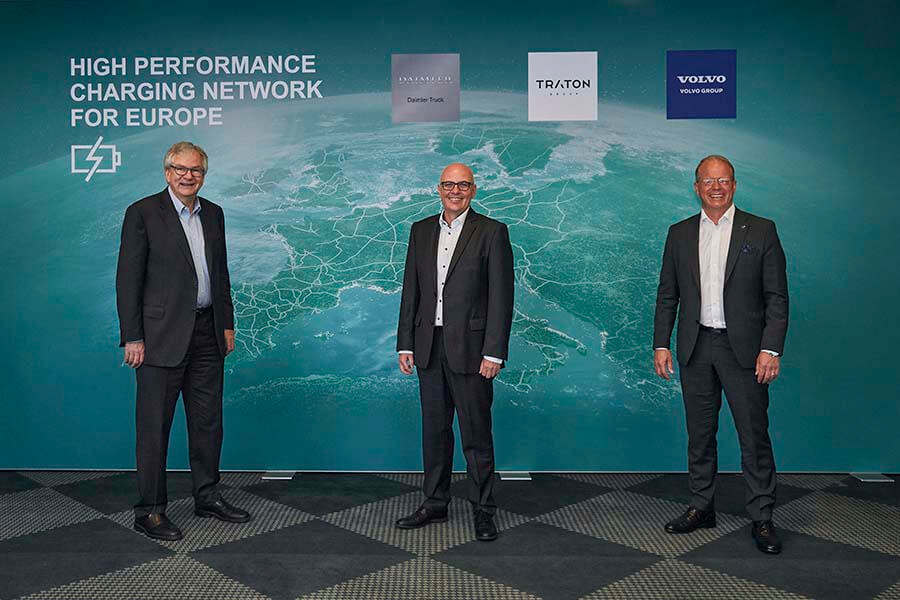 The three have signed a non-binding agreement to install and operate a high-performance public charging network for battery electric heavy-duty long-haul trucks and coaches across Europe.

The aim is to initiate and accelerate the development of charging infrastructure to enhance customer confidence and to support the EU’s legislated transformation to climate-neutral transportation.

The agreement lays the foundation of a future joint ... 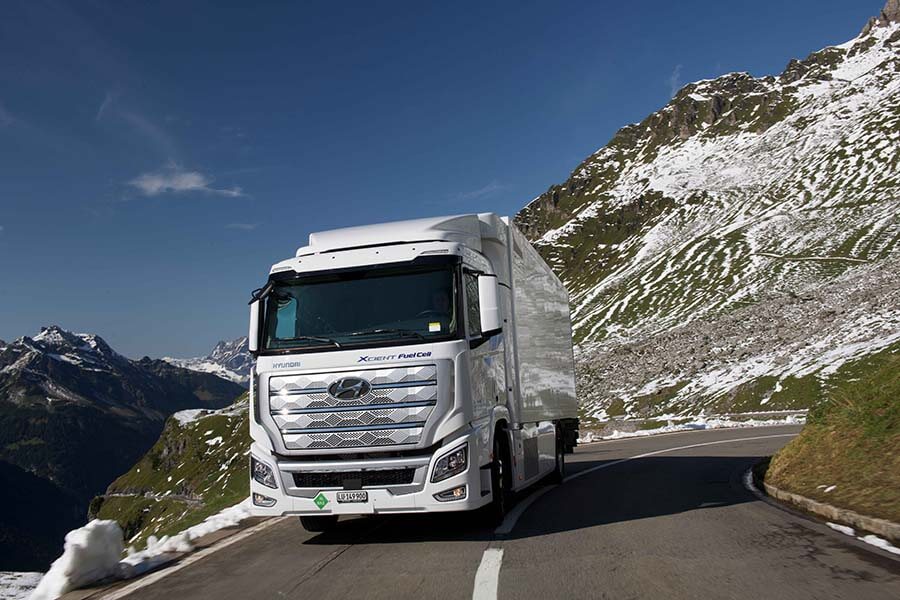 Hyundai is gearing-up for the arrival of its first Xcient fuel cell electric trucks in New Zealand – ordering a new transportable hydrogen refuelling station to keep them running.

Hyundai NZ received $500,000 from the Government’s Low Emission Vehicles Contestable Fund early this year, towards the cost of purchasing and deploying an initial fleet of five Xcients, to be run in “real-world daily logistics operation trials.”

With the first of the FCEV trucks scheduled to go on the road before the end of the year, it has ordered a containerised hydrogen refuelling station from Australian hydrogen fuelling specialist H2H Energy. 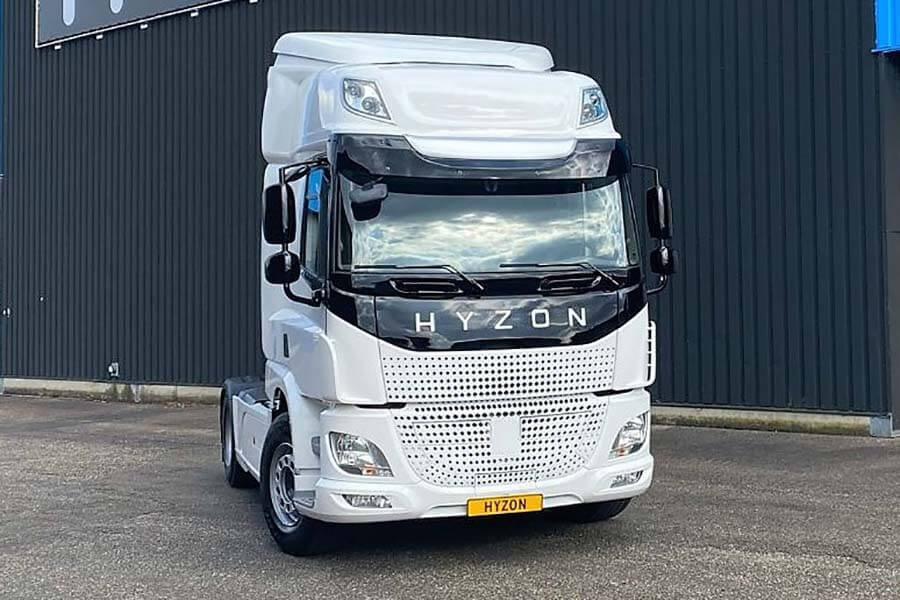 Hyzon, a LEADING proponent of hydrogen fuel cell trucks, says it will build a hydrogen FCEV with a 154-tonne GCM.

Hyzon Motors, which has said that it will start supplying its hydrogen trucks before the end of this year, says the 154t truck has attracted sales in Europe and Australia.

It expects it to be the heaviest zero-emissions truck in the world, with a peak power output of 480kW, equivalent to a 650-horsepower diesel engine.

Hyzon says it has signed a memorandum ...