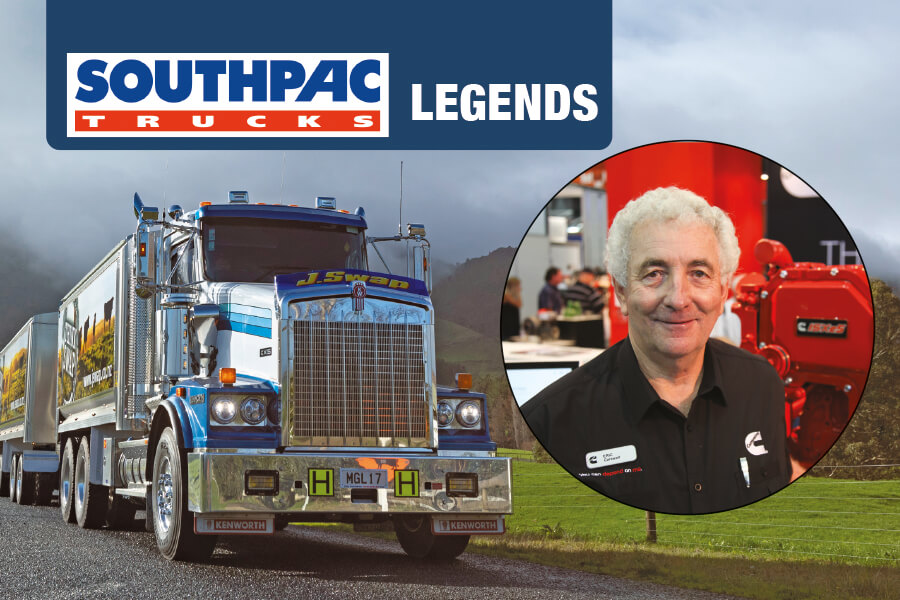 Retirement isn’t a change, rather it’s a transition according to Eric Carswell.

The well-known and respected On Highway Business Manager for Cummins New Zealand will step away from the transport industry at the end of the year.

But at age 71 he’s not retiring altogether.

“I have never really felt my age. I see retirement as a transition,” says Eric.

“I live at Karaka Lakes in South Auckland, and I operate a small business. I mow local parks and I’m going to be semi-retired lawn mowing contractor.”

Eric will depart from an industry in transition and from a company at the forefront of those changes. 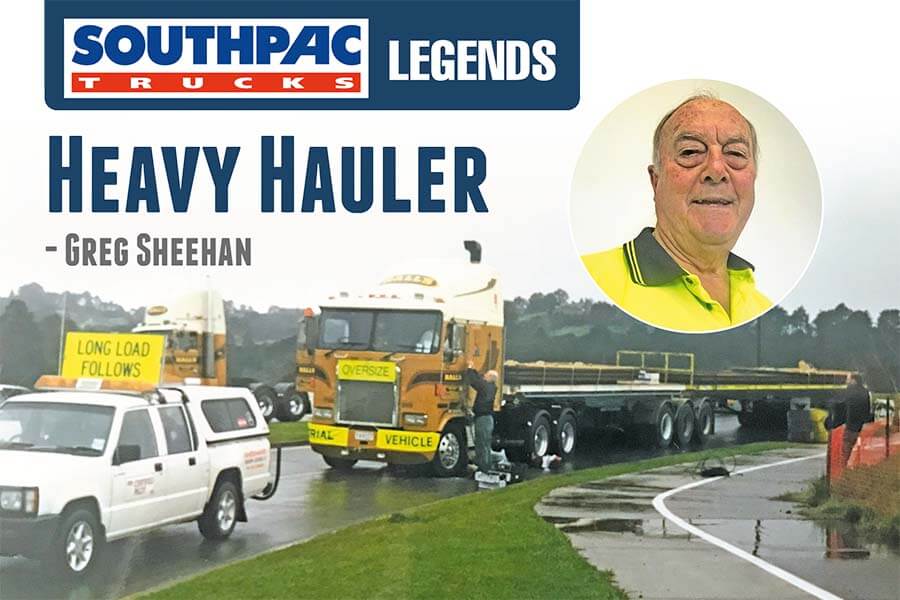 Greg Sheehan is a name that’s synonymous with heavy haulage in this country, and in particular the art and science of piloting over-dimension loads. The subject of this month’s Southpac Trucks Legends was for many years a board member of the NZ Heavy Haulage Association and between 2007 and 2009 served a two-year term as Association chairman, becoming the the first-ever pilot representative in that role.

During his time as a board member he was heavily involved with the planning and rollout of the BESS (Bridge Engineering Self Supervision) scheme. BESS represented quite a change to the way overweight and over-dimension permits had been handled previously, he explains: “Up till t... ... 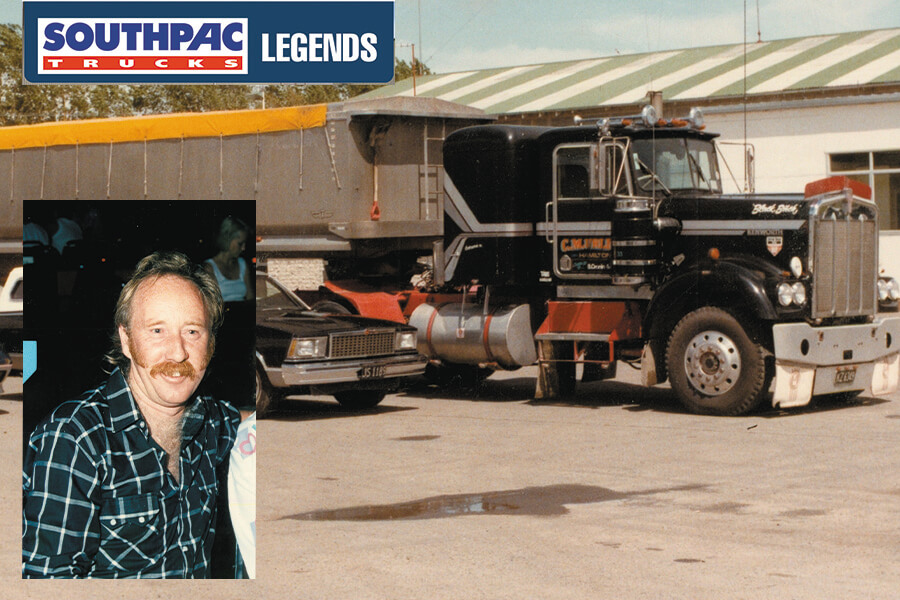 With a truck driving career that spanned over half a century and his last truck clocking up over 2 million clicks, Carl Urlich has certainly gone the distance. An inspiring mentor to many, professional, reliable, loyal to a fault but always a true gentleman, farewell Carl Urlich, you Southpac Truck Legend.

Carl left school at the early age of fifteen and started his working life as a butcher in Puketaha, however, the moment he turned eighteen his real career started, which was behind the wheel of a truck.

Carl’s first driving job was with Puketaha Transport where he transported general goods and took to it immediately. In fact, according to all, truck driving was mor... ... 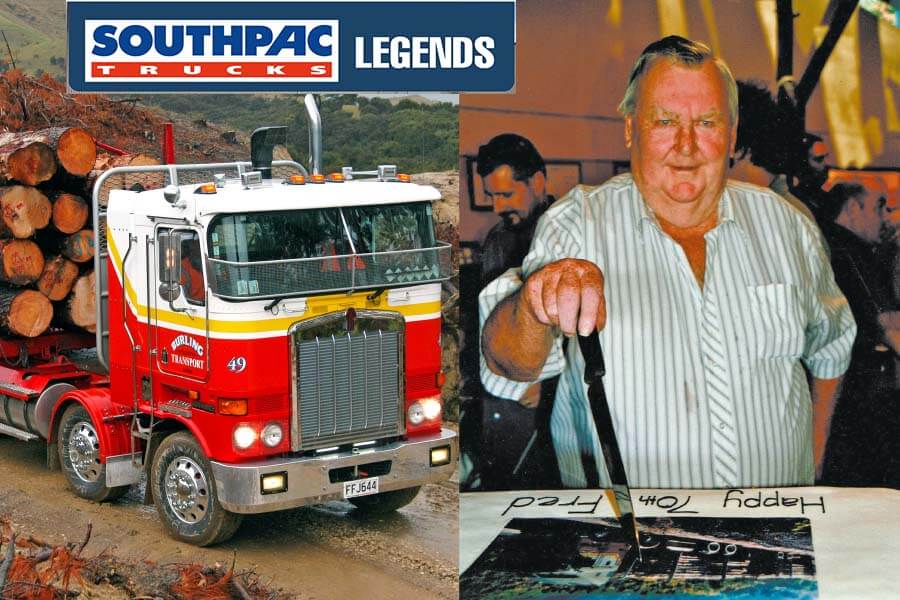 Straight talking ‘fearless’ Fred Burling was not only a pioneer in the trucking industry but his work ethic was deemed ‘salutable’ by those that knew (or knew of) him. With a massive 60-year contribution to the freight and farming industry, not only from the Wairarapa area but throughout New Zealand, Fred really was a legend.

To say Frederick Allan Burling ‘Fred’ came from ‘humble beginnings’ is an understatement of epic proportions. Born in Hastings in 1940, his early life was fraught with difficulties, essentially a combination of hard times for the family and of course World War II resulted in Fred and his five siblings being placed into the Methodist Children’s home orphanag... ... 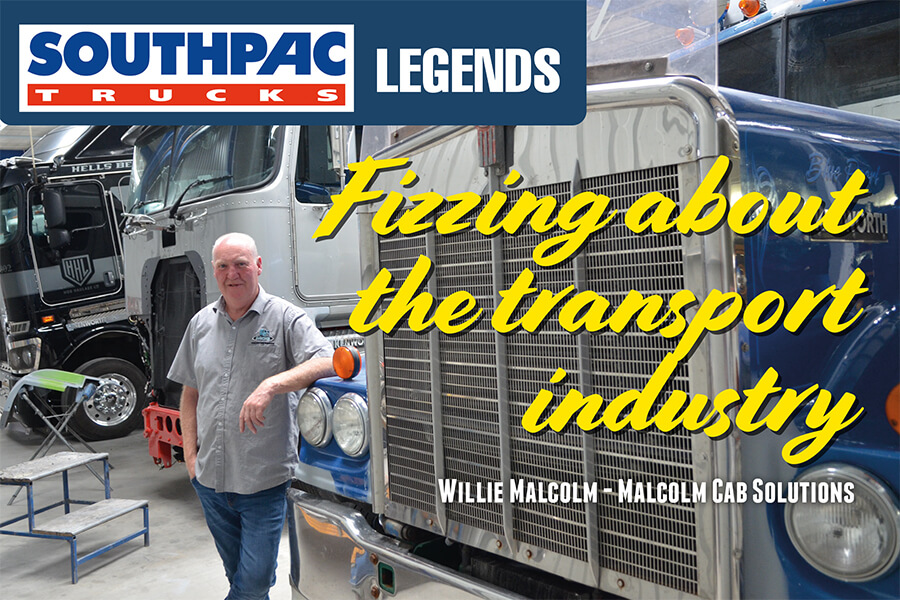 From cleaning fizzy drink delivery trucks as a kid to meticulously repairing crashed Kenworth cabs, restoring the old and modifying the new as an adult, Willie Malcolm’s attention to detail and buzz about the industry has not only brought him a truck load of ardent admiration from his peers but his enthusiasm has been passed on to future generations to come - that’s why he’s a Southpac Legend.

Although Willie was born in Rotorua, his parents hailed from Sterling in Scotland. His father took up a role as a branch manager of a soft drink company that produced brands such as Schweppes and Coke, and that’s where Willie’s love of trucks began. He says, “As kids we went to work with D... ...