School was quite an inconvenience for a young Jamie Ellison: He only ever set his sights on one goal – owning a truck.

Still, as single-minded as he's always been, he's even surprised himself with his success – having now progressed to being, at 36, the proud owner of not just one truck... .but a fleet of them!

He's even got a few Kenworths – his dream trucks. And there's another one due next month.

The owner of Wairarapa's Ellison Cartage – a nine-truck rural bulk cartage operation based just out of Carterton – says he "started young" with his passion for trucks.

And he's not kidding: His earliest memories of an involvement in ... ... 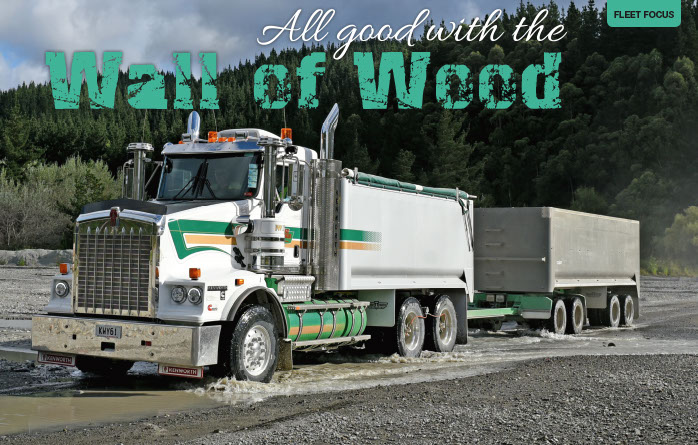 
If Kevin McKay was a bullshit artist, he'd tell you he knew it from the start. He'd reckon that his decision to quit his owner/driver contract – carting containers and bulk liquid tankers in the Bay of Plenty – buy a tipper and head for the back-blocks of the East Coast was all carefully planned.

Perfectly timed to put him smack-bang in the middle of things, just as the current East Coast logging boom began. Primed and ready to work – carting metal for forestry and rural roads – just as the harvesting of the Coast's long-talked-about Wall of Wood ramped up.

But just two days spent with the 43-year-old McKay is time enough to convince you that he's o... ...