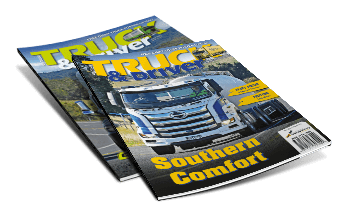 That’s a claim you can’t argue against, given the amount of work that has gone into the model, but we reckon it’s overly modest to compare the newcomer against its brand predecessors only. The roster of advanced kit it carries means it can now be considered alongside the acknowledged leaders in the safety stakes.

Okay, the company mightn’t yet be close to trotting o...

New K220 revealed
It’s the best part of 11 years since Kenworth launched its K200 cab-over family.Now its much-anticipated successor has been unveiled, the new K220 continuing the evolution of cab-over Ken...

Labour market to get tougher


Recent population data released by Statistics New Zealand should have made all employers in this country stand up and notice, including road transport operators.

A couple of headline...


I always wanted to be a log truck driver and ultimately own my own truck,” says Ray Beale as we watch the newest addition to his fleet, a stunning new Kenworth T659 arrive at a skid site north o...


Peter Elphick, long-time Logging Production manager with Patchell Industries, and until recently a shareholder in the Rotorua trailer maker, is heading into what promises to be a busy retirement...

Precious Metal
The signature pale blue colours of Normans have made way for a special and striking one-off gold livery to mark the Waikato company’s 50th anniversary this year. Named “Gold Fever”, ...

Scheduled to be released in Japan in mid-2022, the Hino Dutro Z EV is Hino Motors Ltd’s first full-scale electric...

Scania New Zealand say they are pleased to announce the addition of four new managers to its high performing sales...

Shacman are adding a new model to their NZ family, a 12 tonne L3000 with American and European technology/componentry assembled...

Truckometer - May is Trucking along

This month’s Truckometer report says that the Light Traffic Index rose 0.6% in April, while the Heavy Traffic fell 1.2%...

The Government’s new plan to fund rail from the money we pay for roads is robbing Peter to pay Paul.

It was disappointing, but not surprising, to see the Government ignore submissions and continue with its emergency immigration powers, says...

Freightliner Australia will introduce a head-protecting side airbag on the Cascadia heavy duty truck late this year, further extending its...

Isuzu stays top for April as truck registrations near 2019 record