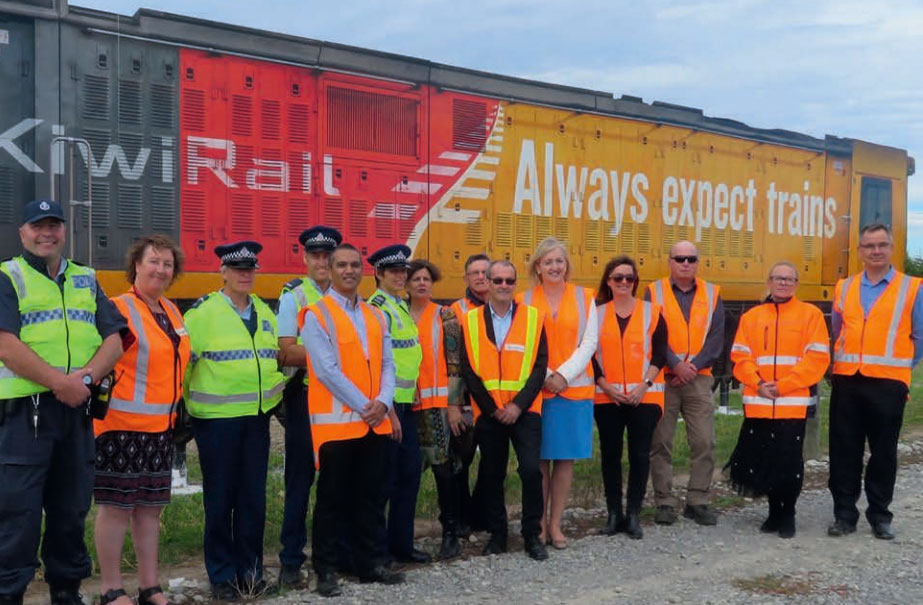 Mid-Canterbury drivers might have to do a double-take to figure out why there's a locomotive parked off the railway tracks at the Hatfield-Overdale level crossing in Rakaia.

The life-sized locomotive billboard is actually part of the Expect Trains level crossing safety campaign aimed at increasing compliance with stop signs at level crossings and was installed at the crossing site last month.

The campaign, developed and funded jointly by the New Zealand Transport Agency, KiwiRail and TrackSAFE NZ, is based on research that found that drivers in rural areas can sometimes become complacent around railway level crossings.