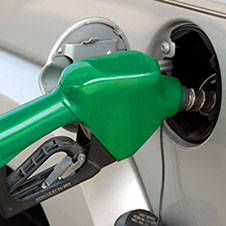 Auckland councillors have voted to bring in an 11.5 cent-per-litre regional fuel tax to fund the government's contentious transport plan for Auckland City.

Following a heated debate, Councillors voted 13 to 7 in favour of the tax.

Today's debate on the proposed tax began with Mayor Phil Goff saying the consequences would be "inconceivable" if it was not introduced.

He said the government would likely walk away from an agreed programme of transport works if the tax was rejected.

However, many industry experts such as Road Transport Forum CEO Ken Shirley continue to disagree that a regional fuel tax is the right option for funding.

"A better option would be accelerating the development of a fair congestion charging scheme for some of the city's worst congested routes. That would be fair, equitable and truly regional," says Shirley.

This option was also agreed upon in past talks with the National government says National Road Carriers boss David Aitken.

He is even unsure as to whether going ahead with the regional fuel tax will even generate the necessary funding to pay for even a fraction of the government's intended projects.

"It is only going to raise a small part of the funding needed," said the NRC's CEO, David Aitken.

It is estimated the RFT will only provide $1.5 billion of the $10 billion needed in the next 10 years.

Another worry for the industry is that the tax will result in price gouging and spreading by fuel companies says Ken Shirley, as has already been seen in recent weeks.

"We have all known for a long time what the fuel companies do to reduce price gaps and spread their pricing around the country.

"It is obvious that what will happen…is that the fuel companies will spread the Regional Fuel Tax out around the country to soften its impact in the Auckland market," says Shirley.

Legislation allowing the tax is expected through Parliament in June, ahead of an expected July introduction.