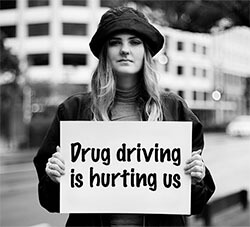 The Land Transport (Drug Driving) Amendment Bill is currently before the select committee and will give Police the power to conduct random roadside drug testing of drivers. The Government asked the Independent Expert Panel to provide advice on the setting of criminal limits, and now the public will have their say on these recommended limits.

Michael Wood says sadly some drivers choose to use drugs and drive, risking their lives and the lives of others.

“Our Government is committed to reducing the harm from drug driving. Last year 71 people died when drivers crashed on our roads with drugs in their system, while in 2019 it was 108 people. We’re talking about families, friends and communities who have lost a loved one, or someone close to them.

“To develop its recommendations the Panel has submitted a report on 25 impairing drugs using data from the scientific literature, the thresholds set in other countries, together with local data on drug blood concentrations in road traffic crashes. I encourage people to scrutinise and submit to the select committee on these recommended limits,” Michael Wood says.

Police Minister Poto Williams says driving while impaired by drugs or alcohol is one of the main contributors to death and injury on New Zealand roads.

“We are committed to taking action to stop unnecessary road trauma. Driving under the influence of drugs is a major safety issue on our roads. While drug drivers already face serious criminal penalties if they are caught, the current law makes it hard for police to carry out more tests that could deter drug driving. The current approach to drug driving enforcement is not as effective as it could be at deterring this high-risk behaviour.

“It’s not okay to drive under the influence of alcohol and/or drugs. Police are focused on keeping New Zealanders safe on our roads and I want them to have the right enforcement abilities to help keep our roads safe,” Poto Williams says.

The Government’s Road to Zero road safety strategy is based on a vision where no one is killed or seriously injured in road crashes and includes a target of a 40 percent reduction in deaths and serious injuries by 2030. Strengthening the detection and enforcement of drug driving is a priority action in the initial Road to Zero 2020-2022 Plan.

The recommendations of the Independent Expert Panel on Drug Driving have informed Cabinet’s decisions about including criminal limits and blood infringement thresholds into the Bill. Ministers will write to the Transport and Infrastructure Committee requesting they consider the Supplementary Order Paper, which will add these limits and thresholds alongside the Bill. Public submissions on the Bill close 16 April 2021. 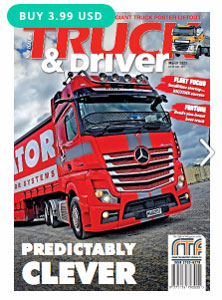