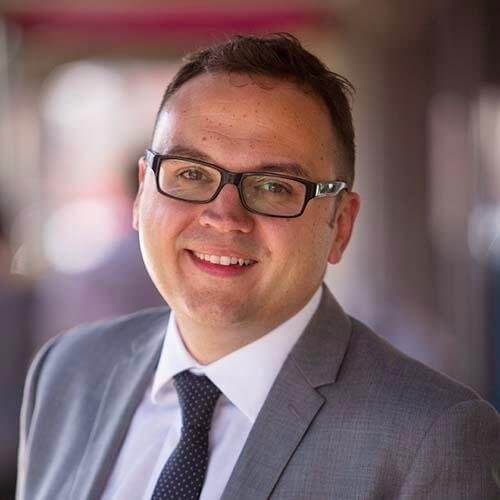 "The driver shortage in the road freight transport industry is well known. Since I started at the Road Transport Forum (RTF) just over a year ago, many operators have talked to me about the shortages they face in securing drivers to enable them to run their businesses effectively. Trucks are often parked up and there is a lack of choice that was once enjoyed when recruiting staff," says Nick Leggett, CEO, Road Transport Forum.

Our industry isn't unique in this dilemma. An ageing population is taking its toll on our workforce, across New Zealand and the developed world. We've seen it coming for many years.

The world has changed and we are living in a period where there is fierce competition to secure an able, skilled and qualified workforce. Pay, conditions, and investment in training all play a part in workers making choices about jobs, and careers. Can they see a future, is there a path to promotion, management, or business ownership?
There is a stark contrast I've detected as I move around the country; the differences between companies that are short of drivers and those who are not. Everyone says it's an issue for the industry, but not every operator faces it as a direct challenge in their business. Why is this? Well, for a start it appears employer attitude and commitment to staff play a big part.

I was on a regional visit recently and I met two operators one after the other. The first one had a diverse workforce, including many women drivers and an average age that was probably 15 years younger than the industry average. The team was enthusiastic about their work and genuinely committed to the company that paid them well and invested in them gaining skills and qualifications. The staff were the best ambassadors for gaining new drivers; the company literally had a waiting list of people wanting to start with them.

Another company I visited, justifiably complained about their inability to get drivers and asked about what the RTF was doing about it. When I asked how many women drivers they had working for them, they told me they didn't like employing women because they got pregnant and they also had reservations about ethnic groups. Further revelations indicated they were a fairly poor payer compared to some of the competition. I told them that the RTF can advocate and it can help set up opportunities for the industry, but ultimately, the solution to the workforce shortage lies in every business having the right attitude to its potential workforce and making changes to shifts, pay, education and safety that better attracts a new generation of drivers.

It's really easy to blame everyone else for a shortage, whether it be Government or whoever, but I firmly believe the solution to our industry shortages lie with us.

So how do we overcome this?
The RTF has to provide a structure for better supporting businesses to attract workers. This isn't an overnight solution and it will take time, but I want to signal to the industry that we are aware of this issue and that this year, we hope to announce a cadetship that will begin to usher in a new generation of workers.

The good news is the industry has started putting in place the framework to support a cadetship and there are operators who want to invest in their teams' skillsets and qualifications.

For a start, all the associations and the RTF have been involved in creating a Workforce Development Strategy with MITO. This will lead to a national action plan for which the RTF will be the primary co-ordinating body.

Once the industry demonstrates an appetite for investing in qualifications and skills, we will be in a better position to demand more support from Government. The woeful enrolments of industry workers in MITO qualifications needs to improve in 2020 if we have any chance of showing that we are serious about tackling industry shortages. Potential and current employees need to see they are valued and that their skills will be invested in by their employers. Otherwise, those five staff members you will be losing to retirement in the next three years, won't be replaced as young people go where they are wanted - Nick Leggett, CEO, Road Transport Forum