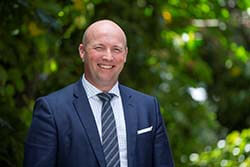 The 2021-24 National Land Transport Programme (NLTP) was released this week which outlines the planned investments Waka Kotahi NZ Transport Agency will make over the next three years.

Michael Wood said the NLTP will drive the economic recovery by supporting thousands of jobs around the country.

“With local government, we’ll be investing a record $24.3 billion into transport services and infrastructure over the next three years – a 44 per cent increase compared to the last three years and 75 per cent more than the previous government.

“Our Government has listened to the concerns of local government and communities and we have stepped in to provide $2 billon of financing to boost road maintenance and public transport. We couldn’t accept our roads deteriorating.

“We know we have to keep driving down emissions and congestion by giving Kiwis more transport choices. This NLTP marks a step-change with nearly $6 billion being invested in public transport and walking and cycling – a nearly 40 per cent increase compared to the previous three years.

“To further reduce emissions and help freight move efficiently, the NLTP delivers $1.3 billion to implement the NZ Rail Plan and $30 million to support coastal shipping. There will be further announcements on how this will support moving freight along the blue highway in the future.

“Safety remains a top priority for this Government and we’ll be investing $2.9 billion in our road safety plan Road to Zero to help prevent tragedies. This will include making 17 high risk state highway corridors safer, with 51 intersection improvements, 25 new roundabouts, and 164kms of safety barriers.

“Almost $7 billion will be invested in local road and state highway maintenance, which will see around 7,000 lane kilometres of state highway and 18,000 lane kilometres of local roads renewed. The previous government flatlined road maintenance spending, so since coming into government, we have boosted it by nearly 50 per cent to help bring our roads back up to scratch.

HOWEVER - National’s Transport spokesperson David Bennett says that the Government has missed an opportunity to grow the New Zealand economy to help us bounce back from the Covid-19 pandemic in its National Land Transport Plan.

“As the world rebounds from the Covid-19 pandemic over the next few years other countries will make bold investments in transport infrastructure that are based on connectivity and spurring economic growth.

“The 2021-2024 NLTP could have been used for similar initiatives but instead is dominated by projects from a Government that is politically biased towards public transport and has shied away from new projects that would empower our economy.

“The problem is this Government loves to make big announcements and promises, but historically failed to deliver them.

“It’s been four years since we were promised light rail in Auckland, and we’ve yet to see a detailed business case and a decision on the form of the project. Under this plan light rail will still only be in the planning and design stage in the next three years.

“New Zealand needs to target infrastructure spending to developing economic growth so we can pay back our huge debt. Transport spending that empowers growth and an effective state highway programme is the best way of achieving this goal, and the Government has missed this opportunity.

“Public transport is great within inner cities, but we need to sure up critical supply lines and this is predominantly on our roads, it’s important that we use emergency Covid-related funds in the right way.

“Labour can’t manage New Zealand’s transport priorities. There hasn’t been a single major transport project that has been planned and started under this Government. Meanwhile, major projects are continually on-again, and off-again.

“The Government has taken an ideological approach focusing on public transport and walking and cycling. It has failed to use these valuable funds to grow the economy.”