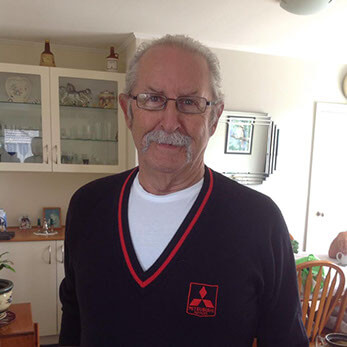 How did you get your nickname?

They used to call me that at Allied Concrete in Auckland, I used to drive the old twin-sticks, the twin gearboxes. I had the gear lever where I could do them both at once. That was on an old V8 petrol, early days.

How did you get started in the industry?

When I was a kid, I was brought up on a farm we used to go picking up the old OB Bedford trucks around the farm, picking up hay bales when I was about 7 or 8 years old. I always wanted to be a truckie and I lived my dream.

As soon as I turned 18 I got my HT licence and went to Kinleith in Tokoroa, they had an OLB Bedford and a couple of A5 Bedford running around picking up rubbish and feeding the big burners at the Mill.

Then I went back to Auckland and joined NZ Express company in Station Road with the old Austins and Morris' carting sugar out of Chelsea sugar works.

Then I went to Allied Concrete, then drove milk tankers down at Waharoa, then back up to Auckland and joined Smith and Davies in the North Shore.

Then I joined RFL (Refrigerated Freight Lines), they had the first Mitsubishi Fuso in the country. Winstone got one and RFL got the other. They had trouble with the gearbox which was too light for NZ conditions, they sent it back to Japan and they put a Roadranger in it.

Then I went to Mt Maunganui, driving the first V8 Mack in New Zealand. That fell through and they transferred me back to Auckland which I was happy with, I went back there with a D1000 with a Cummins, 180hp they were those days with a 10-speed Roadranger in it.

Then I was an owner-driver for a while doing stuff around Auckland, and up around Kaikohe and down to New Plymouth.

Then I started dispatching in Christchurch for about 18 months, which I wasn't too keen on, wasn't for me. So I packed up the family and moved to Melbourne and was truck driving there for six and a half years.

Then I joined Waharoa transport in Matamata when I came back to New Zealand. I drove lots of different trucks there, it was a great variety of work.

Then I left Matamata to Christchurch and joined Container Transport just doing containers. They went from five trucks when I started now they have 18-20, that was awesome seeing the company grow. I did all sorts with them, driving the hoists, swing lifts and all of that. If they had something new they'd put me on it.

I've driven pretty much everything in my time. The only thing I won't drive is a stock truck or a bulk spreader, I have never been a fan of that.

If I had my time over again I would be happy to do it all again.

What did you enjoy most about working in the industry?

When you're out on the road you see things. Also, when you are out you are basically your own boss. When you do long-haul you are out for days on end and you are responsible. Sometimes you leave on Monday morning early and be out for three or four days. Those were the old days before logbooks.

I had a good rapport with the cops in those days, they knew you by the first name. I had an accident on the Brynderwyns once and blocked the road. The cop, Ken I think his name was, comes rushing over the hill and says 'What the bloody hell have you done Al' I replied 'Give us a smoke mate' and he passed me a cigarette. Those were the good days.

I had a bad one, the truck was only a few weeks old and I fell asleep at the wheel. All they got off the cab was the driver's door. I sat down in the middle of the road at three or four in the morning and told God all about it. The boss asked me what happened and I said 'oh I dropped my smokes on the floor and bent down to pick them up', he said 'you lying little hound' I said well 'if you can prove different the ministry of transport and the union might want to have a chat'.

It was so great back in those days. The camaraderie between drivers was awesome, everyone knew each other and were really cautious on the road. Even on the ferry was hilarious, the jokers you met. It's a lot different these days.

I used to go across every third day on that ferry and met lots of people. You hear of these young jokers coming from Whangarei saying 'Man I got to talk to my missus but I got a huge bill from the company for my phone!'. You used to be able to sleep down there as well in your truck, but they check everything out now, you can't do that now.

What advice would you give to someone wanting to start in the industry today?

If it's your dream and you want to do it then just go do it. My eldest wanted to be a truckie but I told him to get into something else first so he has something to fall back on. So he got into spare parts in Hamilton. Now he's gotten pretty high up in the parts industry in Auckland. He's worked his way up in the company that way he's living his dream. He gets flown all over the world.

There are a lot of good companies out there that will help you out. There are a few ratbags so just be wise with who you join. I have worked all over the place so yeah, just pick who you want. You can work your way up, just stick with it. You make what you want of it.

What is your favourite drive?

I've driven pretty much everywhere. The New Plymouth run was nice but you get sick of it after a while. In the end, every day is different, different weather, different sunrise and sunset. Its all different which makes it great. I've driven in storms and on beautiful days, it's all great and makes it interesting. You live and learn how to drive to the conditions.

What is your favourite truck to drive?

I like Scania and Iveco. I really like the continental trucks, they are quiet and comfortable. I drove a Mack and when you got out of it you knew you have driven a Mack. You get out of one of those European trucks and you say 'oh I could drive for another 8 hours'

What do you do now in retirement?

I built myself a man-cave so I can potter around. I build model trucks with my spare time, it keeps me busy pottering around. 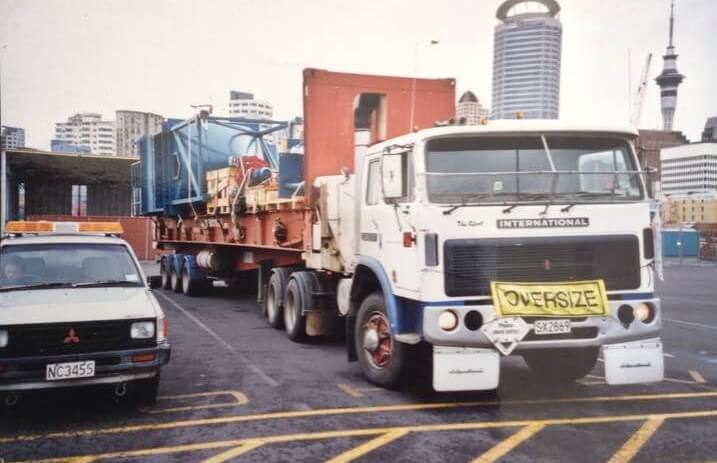 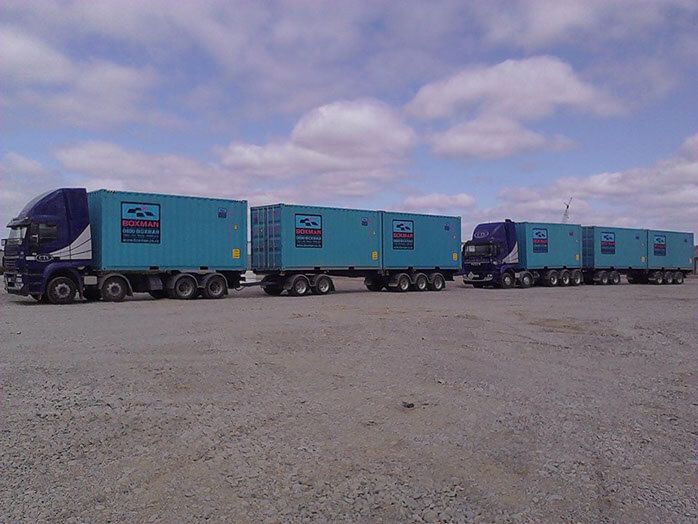