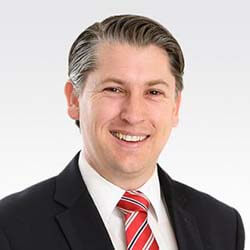 “The focus of the review was how the project was awarded for the agreed price, whether the price was realistic, and whether the risks then identified were appropriately considered.

“The review found there was a lack of transparency as to how key PPP decisions were being made, less than ideal consenting risk management, a non-PPP scheme design used in the PPP procurement, and the price was set far too low from the beginning.

“Obviously this was not a recipe for success and I’ve asked the Infrastructure Commission Te Waihanga to revise New Zealand’s PPP guidance to make sure any future PPPs don’t encounter the same issues.

“There have also been other issues and cost overruns during Transmission Gully’s construction and Wellingtonians’ deserve answers. That’s why we’ve directed Te Waihanga to undertake a further review of the project after construction has been completed,” Grant Robertson said.

Michael Wood said the Government is committed to learning the lessons from Transmission Gully.

“Waka Kotahi and Te Waihanga will implement the recommendations from the review. We are making sure taxpayers and future governments aren’t left with similar messes like the one we inherited.

“Waka Kotahi is already learning from its experiences on Transmission Gully and actively applying lessons to other projects. It will report back to the Ministry of Transport and myself on how it’s implementing the recommendations of the review,” Michael Wood said.

The independent review was undertaken by Steve Richards, who has more than 25 years' experience supporting the Australian federal and state governments on major road and rail projects. He was supported locally by Sir Michael Cullen and Lindsay Crossen and the review was overseen by Te Waihanga.

Reviewers examined records held by the Treasury, Ministry of Transport and Waka Kotahi, as well as interviewing 25 people from a range of organisations involved in setting up the PPP.