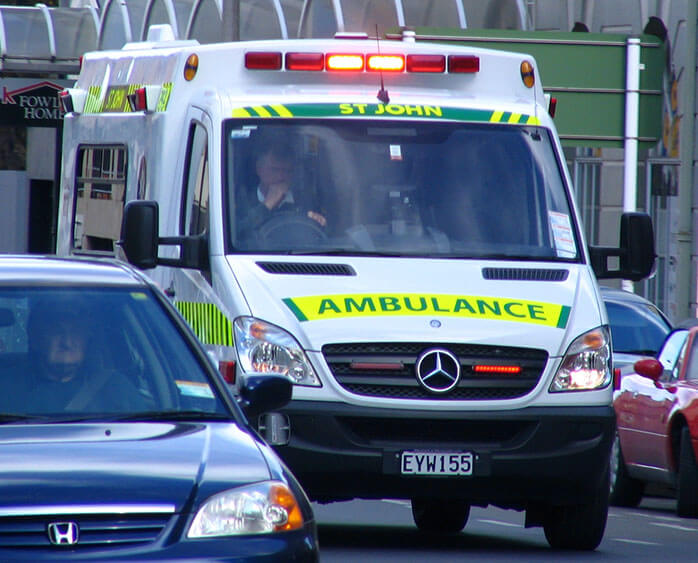 The father of a man struck and killed by a truck in Napier says he bears no ill will towards the man behind the wheel.

Ben Den Ouden, 30, died on April 21 last year when he was involved in an accident with a truck driven by Jason Albert Collier.

Collier, 42, appeared in the Napier District Court this month after being charged and pleading guilty in March to reckless driving causing death..

The truck driver had stopped at a red light at an intersection with the intent to turn left when the light turned green..

Den Ouden had also stopped at the intersection, intending to ride straight ahead. Tragically, Ouden was parked up next to the truck and didn't know Collier intended to turn. It is possible that Ouden was parked in Collier's blind spot. When the light turned green, Ouden went under the truck, suffering numerous injuries and dying at the scene.

Collier was supported in court by family and friends, he received hugs from Ouden's family before taking the stand.

His defence lawyer, Cam Robertson, said Collier was remorseful. Reports from the serious crash unit had seriously reduced his culpability, suggesting that the circumstances were simply very unfortunate and that any error by the driver was quite minor.

"The defendant's remorse is genuine and the experience has affected him deeply."

Judge Tony Adeane said such cases were often difficult as minor driving faults could have disproportionate consequences for an innocent driver.

The court heard Collier drove home to Rotorua not as a hit and run, but simply because he had no idea that he had hit somebody. Collier thought that he might have hit a pothole or road cone.

The judge said Collier's carelessness was at the low end of the scale and that his penalty ought to reflect that this was a minor error by the driver.

"None of the parties sees the court as having any major role to play in concluding this matter and I agree with that. The court should place a very light hand on the matter indeed."

He ordered Collier to pay reparation to Ouden's family totalling $1500.

Den Ouden's father, said he was pleased with the outcome and would use the money to fund education for cyclists and drivers.

He said the crash was "the perfect storm". Den Ouden was dressed in dark clothing and had no safety lights attached to his bike. He said that he didn't hold anything against Collier.

"I just didn't feel that it was right that Jason ended up carrying the complete and utter [blame] for the thing. It's a thing that's now attached to the rest of his life. He'll always have that when he goes for a job."