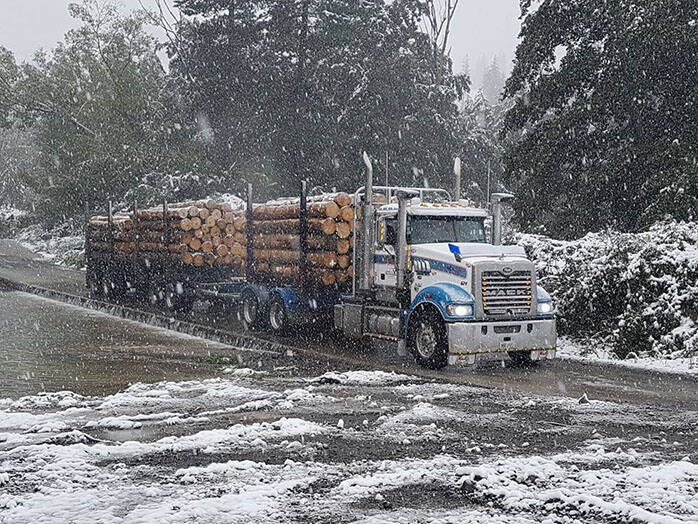 "It is an actual tornado!" he can be heard saying in the video footage, ""Trees coming down!"

Amazingly his vehicle did not sustain any damage as a result of the ordeal.

High winds and difficult road conditions lead to a truck and trailer unit rolling over on State Highway 57 between Shannon and Tokomaru. It took a while for the road to be cleared due to contactors being overworked with other storm related incidents.

Along with the road conditions, many businesses were unable to operate due to power outages, however, many of the truckies were out there still on the road not just delivering goods but essential supplies for the many affected communities.