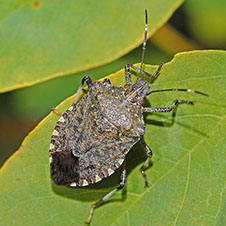 Ports of Auckland say that it will soon clear the backlog of vehicles from its wharves. The port was logjammed after the Ministry of Primary industries intensified restrictions on vehicle imports earlier in the year.

The restrictions were put in place to stop stink bugs arriving on vehicle transport ships inbound from Japan. The bugs were first found stowing away on ships in February.

Vehicle carriers from Japan were taking up to 72 hours to make it through the more stringent biosecurity measures, a process that would normally take 12-24 hours.

At the time, delays in communication from MPI caused distress from major truck importers, however, this has continued to ease throughout the year.

Port spokesman Matt Ball says the port is busy, but no longer congested as the backlog is cleared out.

"there have been really busy times, we've had cars all the way to the container terminal, but at the moment we don't have that."

An MPI spokesperson says the enhanced measures involved fogging with insecticide, intensive surveillance aboard the vessel by officers before unloading of the cargo.

The marmorated stink bug had the potential to devastate New Zealand agriculture including crucial exports.