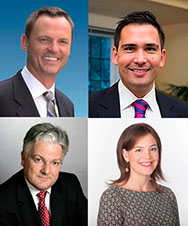 The government has stirred up yet another whirlwind debate in recent weeks, what to do about road safety, and as always speed, maintenance and trucks are at the epicentre.

The debate really kicked off after the International Transport Forum recommended that the speed limit on some of New Zealand's roads be reduced to 30km/h in built up areas and 70km/h on open roads without median barriers.

Ken Shirley, CEO of the Road Transport Forum, told RNZ, "I think 30 km/h is slow, the frustrations that would go with that would create more problems… and equally on an open road, 70 km/h is too slow," whilst Dog and Lemon editor Clive Matthew-Wilson labelled the proposition "ridiculous and unworkable."

Ex-United Future leader Peter Dunne also got involved saying that "Most New Zealanders drive pretty responsibly and carefully, but the ones who do not, are extremely bad and dangerous. Frankly, they should not be allowed on the roads at all because of the threat they pose," and that "some of the most problematic driving I saw [during his drives over the long weekend] was from long-distance truck and trailer units."

Dunne went on to explain, "I realise that truck drivers are highly skilled, and generally have much better vision from their cabs than the average motorist. But I doubt that I saw any of them complying with the 90 km speed limit, nor did I see any Police stopping them. Incredibly, I did see big rigs passing each other on passing lanes, holding up much traffic behind them, then speeding up to avoid being passed."

Monday, the following week, saw comments from both government and the opposition on road safety.

"As part of the development of a new road safety strategy the Government will investigate setting a target of zero road deaths," says Genter. "I accept that a target of zero death would be audacious, but ambitious targets are needed to focus the resources of both central and local government to save lives on our roads."

Some would call this ambitious, some would call it unrealistic. Whilst the ministers enthusiasm is admirable it would make more sense to take to the task of fixing the road toll with a sceptical eye, implementing practical, well-reasoned solutions.

The national party later pointed out the inability of the incumbent associate transport minister to take sound advice from across the aisle.

"If the Government was serious about reducing the number of deaths on New Zealand roads, it would adopt Wairarapa MP Alastair Scott's Member's Bill to introduce roadside drug tests." The opposition released in a statement following Genter's comments to the Local Government Road Safety Summit.

"Local governments know the impact that drugged drivers have on their communities. The Summit today would have been the perfect opportunity to discuss roadside drug testing.

Yet the Government ignores this sound advice from the opposition. When it comes to saving lives politics should always come second to sound policy.

Along with this there are cases where the government has delayed development in regions that are desperate for safety improvements.

Tensions spilled over at a hearing on Bay of Plenty road upgrade priorities this week. State Highway 2 from Waihi to Tauranga has been noted as one of the worst – and most dangerous – stretches of road in the country. The two star rated motorway has a high mortality rate and accident toll.

The amount of conflict between areas vying for their zone being the top priority demonstrates the dire need for a quick resolution.

The motorway had been a part of the roads of national significance plan brought about by the previous government but has been scrapped by the current government for reassessment, further delaying the issue.

In its current state the road is unsafe for motorists and truckies alike.

It seems that in all too many cases for the current government safety is of top priority, except for when it is politically inconvenient.