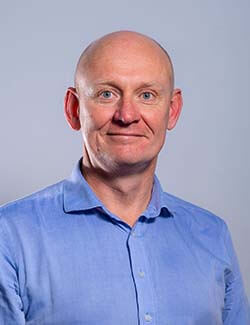 “We’re delighted to confirm Anthony in the role after a comprehensive recruitment process over the past four months utilising an external recruitment consultancy,” Mr Johnstone said.

“The recruitment attracted a range of quality candidates with national and international experience, and Anthony emerged as the Board’s choice through a robust process,” Mr Johnstone said.

“In his five-and-a-half years as a General Manager at CentrePort, Anthony has been a driving force helping lead the port’s regeneration programme following the Kaikoura earthquakes.

“As General Manager Regeneration and Environment he has been integral to the development and delivery of a strategy for a resilient, sustainable business for our customers and shareholders, that will grow freight capacity.

“Health and safety for our people and those they work with is the primary focus at CentrePort and Anthony has demonstrated full commitment to maintaining that goal.

“We welcome Anthony to the role and look forward to him continuing the work to deliver a 21st century logistics supply chain asset that benefits customers, the community and economy,” said Mr Johnstone.

Biography - Anthony Delaney joined CentrePort in November 2016 as General Manager Infrastructure and Environment.   Since 2019 he has been GM Regeneration and Environment. His role at CentrePort has been focused on leading the regeneration of the Port delivering strategic planning, linking in with CentrePort’s spatial and investment planning. Anthony has acted as a Project Director on major infrastructure projects in both Australia and New Zealand. He is experienced in the planning and delivery of projects, and the asset management of large-scale infrastructure businesses. He has a civil engineering degree, and a Bachelor of Commerce, from the University of Wollongong.