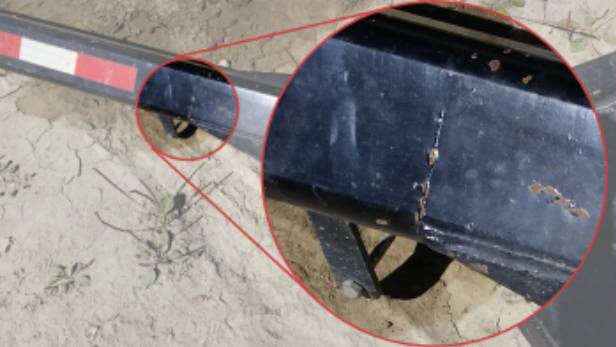 The drawbar saga continued this week with an announcement from NZTA that truck and trailer units that were certified by Peter Wastney Engineering are to remain off the road until their drawbars are recertified or replaced.

The NZTA made the call after 61 of 62 units failed a visual inspection of their drawbars. The revocation notice affects over 800 heavy vehicles.

Effects of this will be seen immediately, especially in the top end of the South Island, the area in which Wastney was operating. Many operators do not have the time to have their units off the road in while they are recertified or the money to have them replaced.

As mentioned several weeks ago in Road Torque, other engineers are currently backlogged with drawbar recertifications.

The extra load of recertification has fallen mostly to one certifier, Lance Hope, who said that the backlog of trucks could take up to two years complete.

This could be devastating to those in the road transport industry. Owner-operators will be hit especially hard. They, unlike bigger operations, do not have other units that they can fall back on.

Industry representatives have been expressing their views firmly to the media this week. Who is at fault and who is going to pay for repairs turns out to be a tricky question.

Wastney's website did have a notice up saying that he had no liability for the cost of recertification as NZTA never ruled the certificates he issued as invalid. However, now that NZTA has announced the revocation of certificates this could change. Peter Wastney Engineering's website was 'under construction' at the time of this article's publication.

Wastney demonstrated negligence when inspecting these vehicles, an offence he has also been fined for in the past when faults in a cherry picker serviced by PWE were found.

However, Ken Shirley of the Road Transport Forum goes one step further, also blaming NZTA for their lack of oversight.

"What is so concerning is that NZTA's accreditation, auditing and certification processes have been found to be so badly lacking. The question must be asked, how did so many vehicles get certified over such a long period of time without NZTA having any oversight?" says Shirley.

"This has caused a high level of anxiety and anger among those companies and owner-operators that have been affected by the decision. We have also been informed that a similar decision may be made with towbars serviced by Mr Wastney" says Shirley.

Wastney was condemned by the Chartered Professional Engineers in 2013 after a complaint was laid over the aforementioned cherry picker. Wastney's company certified the picker as safe and serviceable, yet it broke down.

Wastney was fined $1500 plus $3000 towards costs of the investigation.

"Peter [Wastney] has been in the process of renewing his registration, and had payment of fees for his registration renewal accepted, and was in correspondence with Engineering NZ as late as 30 January 2018 re final steps to complete the registration."

It was reported the company was closing in February.