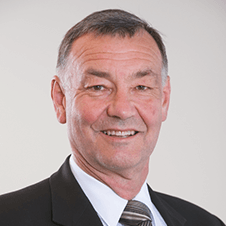 Livestock Transporters Let Down Over Effluent
Posted: 28-May-2018 |

"These regulations were put in place for a reason, as we are now finding out to the country's considerable cost with the Mycoplasma bovis outbreak."

"Stock trucks are fitted with effluent tanks with a finite capacity that require frequent emptying. The act of disposing effluent, which in the past was difficult enough, has as a direct result of the fear associated with disease spread become a significant issue."

Many farmers have been remiss in not adequately standing stock off green feed prior to transport to reduce effluent production while local government and meat processing companies have been extremely tardy in providing access to effluent disposal facilities. Access to traditional disposal facilities is also now being restricted fearing disease spread.

"With Mycoplasma bovis upon us greater demands are being put on stock transporters to wash and sanitise their vehicles but there has been no focus on the provision of adequate effluent disposal sites by the other parties."

"Farmers and meat processors are placing increased burdens and cost on stock transporters but steadfastly refuse to shoulder the additional costs and responsibility generated by their own tardiness."

"What if Mycoplasma bovis was an outbreak of Foot and Mouth Disease? In that nightmare scenario it would clearly not be acceptable to leave the burden of responsibility for effluent disposal solely with transporters, yet the primary sector doesn't seem to appreciate that the principle here is just the same."

"Livestock transporters are more than happy to continue to play their part in the responsible movement of animals. However, MPI, councils, farmers and meat processors also need to help facilitate the appropriate disposal of stock effluent through better facilities and practices," says Shirley.