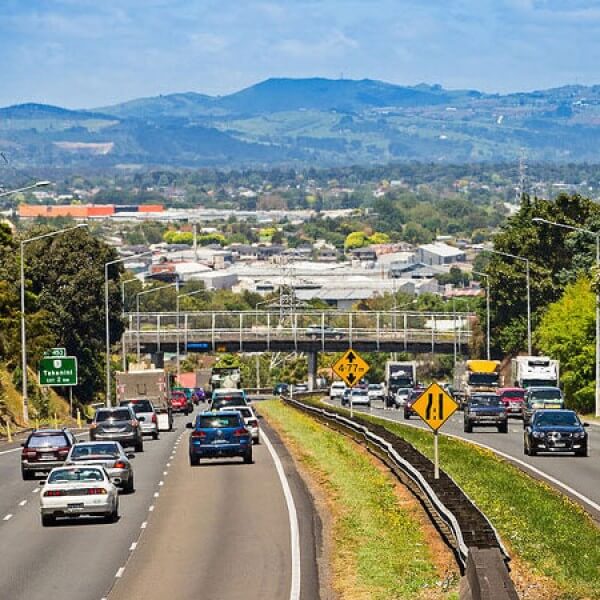 One is Penlink, in the north, providing a new route between the Whangaparaoa Peninsula and the Northern Motorway. The other is Mill Rd in the south, improving the Manukau – Takanini – Drury road.

Both roads were key in the previous Government's scheme, but until now they did not feature in the current Government's transport strategy.

The surprise announcement comes as a part of the most recent 10-year funding package for Auckland transport.

The package will focus on public transport such as light rail but the addition of two major roading projects was unanticipated.

Speaking to the Herald Twyford called the package "the biggest infrastructure programme in New Zealand's history".

Ken Shirley, CEO of the Road Transport Forum says that this is a positive move in the right direction for the government.

"We are pleased and delighted at the announcement," says Shirley "There has been a pressing need for the Penlink for quite some time to free up congestion in the area, along with that the Mill Rd development will provide greater resilience, especially when there is a blockage on SH2."

He also stated the urgent need for a solution in the Onehunga area.

"There is still a pressing need for the East-West Link, this is the most urgent project that needs to go through."

Penlink has been a sticking point in local elections north of the city on both sides of the political spectrum.

The project will see a two-lane road built that will run through Stillwater to join the motorway at Dairy Flat, the aim of the road is to take pressure off the heavily congested route that runs through Silverdale.

David Aitken, CEO of National Road Carriers expressed his concern over the futureproofing of the project.

"By the time Penlink is built the two lanes won't be adequate, so they might as well build the four lanes straight away," says Aitken.

Aitken said while he was happy with today's announcements he was still looking for details on the revised lower cost plan for the East West link between Sylvia Park and Onehunga.

"It is the key piece of infrastructure for greater Auckland and easing the congestion problem." says Aitken

Twyford told the Herald that the work will include measures to ease congestion at the Silverdale interchange and improvements to the Northern Busway.

He expected Penlink would involve a public-private partnership deal meaning the road will likely be tolled, similar to what the National government had planned.

Mill Rd, like Penlink, was the brainchild of the National government aiming at easing congestion in Auckland's south.

MP Judith Collins has both argued for the road to be built as it runs through her electorate and has been a source of constant demand from her constituents.

The plan is to add capacity to the existing two-lane local road, relieve congestion at intersections, make safety improvements at the north end, connect to the new special housing areas and provide a new interchange at Drury South.

The funding of both projects will come as a surprise to many because recent transport debates have focused more on public transport and cycling. But in the recently released draft Government Policy Statement on Transport, 78 percent of the funding nationwide was scheduled for roads. However, time will still tell which roads will be selected and whether the proper cost-benefit analysis has been done on them.