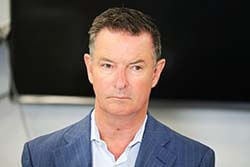 The Maritime Union says supply chain problems will soon be relieved by the rapid scaling up of New Zealand’s coastal shipping capability.

Pacifica Shipping has announced it will introduce a new container ship to the New Zealand coast to complement its existing vessel, MV Moana Chief.

Maritime Union of New Zealand National Secretary Craig Harrison says in the space of a few months, the coastal shipping industry has seen an unprecedented turnaround.

“A large part of the credit has to go to the Government and Minister of Transport Michael Wood who has pushed a proactive and positive transport policy to get coastal shipping back in the game after decades of neglect and poor policy.”

He says the recent announcement of Government funding support to four operators to introduce new coastal shipping services, including Pacifica, has been instrumental in kickstarting the sector.

He says there are multiple benefits for the transport sector and wider society.

“Just to start with, the new shipping services will ease port and road congestion, improve schedule reliability, and reduce emissions.”

Mr Harrison says the big lesson from the last two years is that New Zealand needed its own shipping capability that could provide resilience and reliability in a volatile global situation.

He says the next goal for the Maritime Union would be working with industry, Government and training providers to build opportunities for young New Zealanders wanting a career in the maritime industry.