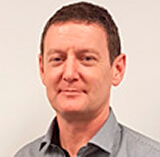 CAL Isuzu have appointed Kevin Curren as dealership principal for the Auckland region. Kevin was earlier appointed to CAL Isuzu's executive team where he led the New Trucks Sales Department.

2006 Kevin migrated to NZ. Prior to this shift, he held senior leadership roles in many other organisations including one of the leading names in the trucking industry - Scania GB. Working in the Parts Department, he demonstrated his leadership abilities and then progressed into a range of management roles.

2007 Kevin joined Trucks and Trailers as the Mercedes-Benz specialist to promote the benefits of the European product to a sceptical commercial vehicle buyers market.

2011 he had significant involvement in the development of the dealer network for Hyundai Commercial Vehicle.