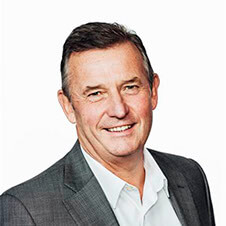 Don Braid, chief executive of Mainfreight, this week publicly announced his support for getting freight off roads and onto rail.

In a move that has raised a few eyebrows Braid supported the shift in focus by Phil Twyford and the coalition government, despite the loss it could cause Mainfreight. Mainfreight use rail for about $40m of business annually.

Twyford's draft Government Policy Statement on transport (GPS) puts millions more into rail and will 'reassess' Roads of National Significance projects that have not yet started. Roads remain the main focus of spending, but a significant chunk has been reallocated.

That rail funding is not particularly freight focussed. Passenger rail services and urban transit are the key focus in the GPS however, a "rail review" will be taking place which could mean increased focus on rail freight.

Also, as we know, the National Land Transport Fund's scope is set to be widened to cover rail, something that is mostly funded by fuel excise.

"The Government understands that rail is a necessity and that it can be a second corridor to take the load off the roading infrastructure," Braid says.

"That's not just for freight but for passengers as well. They are taking steps in that direction."

The plan is to take long haul freight off trucks and put it on trains instead. Their justification is that if this happens there will be less trucks on the roads and therefore less congestion and damage on open roads.

Metro transport and 'the last mile' would still be the domain of trucking companies.

Twyford is adamant that Kiwis already understand and support this argument, but trucking industry pundits have have always stuck to their guns on this issue.

Ken Shirley, CEO of the Road Transport Forum, has always pointed out the fatal flaw with this plan. "21st century consumers expect freight to be delivered in a flexible, timely and cost-effective manner." Something only trucks can consistently achieve.

Braid says he was a fan of the Waterview Tunnel but said it was "not enough" - that investment needed to be made into diverse modes of transport, and it needed to be thought about in the long term, not quick fixes.

"It's not just about more roads. We have to think deeper than that. Yesterday I was in Brussels, and their ring road is six lanes. It was jam-packed. Stopped."

National are more than familiar with this line. During their 2017 election campaign promised $267m for commuter rail in Auckland and Wellington during the election, with a large portion of that being used to expand Metroport. In 2010 the former government invested $750m to make KiwiRail financially self-sufficient, to no avail. .

"In fact, the cuts to the state highway network funding would actually lead to a range of initiatives that would have improved travel time not going ahead."

He agreed that spending on rail freight is important but that government policy "Is all around moving people, not around moving goods."

Questions remain as to why Mainfreight would be happy losing money to support rail freight and only time will tell how much the change in investment will affect the industry.