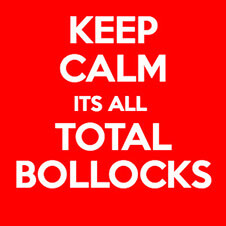 With a lot of talk in the past year about the prospect of heavy vehicles going electric, including large-scale reveals from major players in the EV and Truck manufacturing industries, there has been a lot of bollocks espoused from those for and those against them. Today we will have a look at a few of the arguments put forward by those (supposedly) in the know and pick them apart.

1. They are a sustainability silver bullet

A lot of people, especially EV owners and manufacturers, believe the electric motor is gods gift to man to restore the centuries of harm they have wrought upon the earth. This is a tricky topic but in the end, the answer is well, no, sort of, maybe a little bit.

However, EVs do contribute to climate change and environmental damage in their production. An EV produces more carbon emissions in its manufacturing than a standard combustion engine vehicle largely due to the manufacturing of the battery. EV manufacturing, including the battery, requires a great deal more nickel and copper which obviously must be mined.

However, any EV be it a car, van or truck quickly makes up its emission contribution differential once it is on the road. Throughout its lifetime the EV emits zero carbon. This sustainability post-manufacturing is increased if the power it is charged on is sustainable, e.g. from solar, wind, thermal gas or water power. Much of New Zealand's power comes from renewable sources thus making it a great place to operate EVs and HEVs in a sustainable way.

2. Batteries are an environmental time bomb

The batteries that are used in EVs are actually very much recyclable. Around 95 percent of the battery is recyclable and would be unlikely to be dumped into landfills.

There is a lot of R&D going on at the moment by tech and automotive companies to figure out how they could be used once their lifespan has worn out inside the vehicle. The Lithium Ion batteries used for EVs retain 80 percent of their energy producing power after they are no longer useful inside the vehicle meaning in all likelihood they could easily be repurposed following their use inside the car, van or truck.

3. The batteries have a short lifespan and are difficult to replace

This is heavily dependent on the battery and the type of vehicle. As we don't have any hard-and-fast data on the battery life of heavy vehicles we need to look to the performance seen in cars. The Nissan Leaf is a vehicle that has been taken up by many taxi companies and is, therefore, a hard-working fleet vehicle. Current data shows that the Leaf retains 75 percent of its battery capacity after 200,000km. Tesla shows only a 10 percent decrease over the same distance in its SUV and sedan vehicles.

This would be of concern to transport operators as they often buy their trucks to transport goods over very specific distances. 10 percent reduction in battery capacity essentially means a 10 percent loss in the productivity of a truck. Productivity loss means net losses for a business over time, all due to the increased regularity the truck needs to stop and charge.

This could be remedied by purchasing new batteries after every 200,000km and repurposing the used batteries. The expense may also be offset by the reduced need for servicing compared to a conventional diesel engine.

However, with fuel economy in diesel trucks forever improving and improving throughout their lifespan there may be a fine balancing act financially between the need to replace batteries every 200,000km and the servicing and fuel cost of using a diesel engine. Only when we have accurate figures on battery cost and fatigue will we really be able to compare.

4. They can't go the distance

Following from the previous point, some say that the batteries that will be present in HEVs will not have the capacity for long-haul trucking, and they are essentially right. The current claim coming from Tesla is that their Semi will have a range of up to 1000km. Whilst it is well known that Elon Musk tends to exaggerate claims about his vehicles, this would be an impressive feat for an EV. However, it is likely that this would differ in a New Zealand environment as opposed to an American environment where there are long stretches of straight road. Regardless, it looks that the best prospect for HEVs is in metro transport as opposed to the long haul.

The potential downtime caused by battery decay wouldn't affect a metro trucking operation as heavily as a long haul, due to the fact the trucks would only require being charged once a day. This would also apply to short-haul routes that only require the vehicle to travel a few hundred kilometres.

That's it for this week in bollocks. There is a lot of propaganda tied up in the debate around EVs and at the end of the day some of the guys are just going to want to keep the rumble of their diesel engine, and this is perfectly fine. At the end of the day, a business is going to go with the option that reduces costs the most, and only time will tell which model will win the efficiency war.