Inflation, and with it, living costs and wages, are on their way up. This is not good news and many who weren’t around in the 1970s and 1980s, when inflation rates peaked above 12 percent, have no experience in dealing with this economic hit.

We’re a long way from those bad old days, but in the second quarter of this year the annual inflation rate hit 3.3 percent, from 1.5 percent in the first quarter – the highest annual rate since 2011. Economists predict this is just the beginning as the real costs of heavy Government spending wi...

A motorway overbridge has been struck by over height vehicles twice in the same weekend, prompting urgent maintenance works, just a year after major repairs following similar incidents.

“On both occasions warning signs were illuminated, but the vehicles didn’t reduce their speed, striking the bridge at speeds up to 100km an hour. It’s fortunate that nobody was hurt,” says Waka Kotahi Auckland Systems Manager Andrea Williamson.

Visible damage was immediately identified by responding crews, with a structural inspection and emerg... 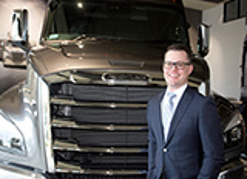 Mr Beere has worked within the automotive industry for more than 18 years in a range of sales, marketing and commercial operations roles at Holden Special Vehicles, Siemens, The Meher Group and Holden Racing Team.

He joined Daimler Truck and Bus Australia Pacific three years ago as the Marketing Manager for Freightliner, where he was instrumental in the design and execution of strategic Cascadia launch events as wel...

GHG reducing solutions already out there
Posted on 29-Jul-2021

In its submission on Increasing the use of biofuels in transport, the RTF says the Government should be more decisive and fast acting in enabling tangible progress on reducing GHG.

“Instead of waiting for the perfect heavy truck to be produced that meets their view of decarbonisation – which could be years away and is still largely, in fantasy land – the Government could... 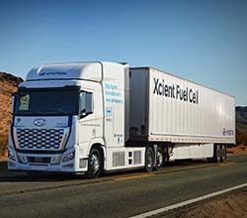 But first the New Zealand Market - Hyundai New Zealand is expecting to receive its first XCIENT Fuel Cell in Q4. It will then undergo local modifications to suit New Zealand requirements before entering a trial programme in 2022. A further four units have been ordered and are expected in 2022 to enter real-world daily logistics operations.

The aim of the programme is to demonstrate hydrogen powered FCEVs as a heavy duty, reliable, cost effective replacement for diesel trucks and produce evidence of which contexts they have advantage...

From its origins as a regional transport company, TIL has been moving goods across New Zealand since 1869.  It has now evolved into one of the country’s largest freight and logistics providers, offering services across five divisions – Freight, Logistics & Warehousing, Fuel, International and Specialist Lifting & Transport. Mov... 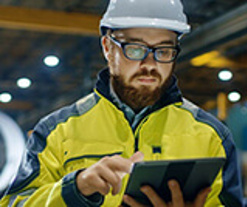 A cross-sector project between WorkSafe NZ and industry representatives has been established to help improve health and safety outcomes across the Transport, Postal and Warehousing sectors.

WorkSafe data also shows that in Transport, Postal, and Warehousing in 2019 there were 57 fatal crashes, 170 serious injuries and 521 minor injuries involving trucks. 147 of these vehicle-related injuries required those involved to spend more than one week away from work.

“These numbers are concerningly high, and it was clear there was some...